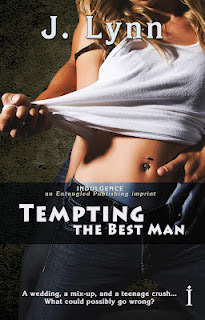 Madison Daniels has worshipped her brother's best friend since they were kids. Everyone thinks she and Chase Gamble would make the perfect couple, but there are two major flaws in their logic. 1) Chase has sworn off relationships of any kind, and 2) after blurring the line between friends and lovers for one night four years ago, they can't stop bickering.

Forced together for her brother's wedding getaway, Chase and Madison decide to call a truce for the happy couple. Except all bets are off when they're forced to shack up in a tacky 70’s honeymoon suite and survive a multitude of "accidents" as the family tries to prove their "spark" can be used than for more than fighting. That is, if they don't strangle each other first…

Madison Daniels has been in love with her brother's best friend Chase for years but ever since they almost became lovers one night four years ago they haven't gotten along since. Bickering is normal for Madison and Chase but everyone else thinks that  they'd be perfect together, so when Madison's brother holds a getaway for his wedding, Madison is partnered with the best man who happens to be none other than Chase Gamble.
After the their reservations are messed up and they are forced to room together in an old 70's honeymoon suite, they think that there is no way things could get worse, but their families seem to have other ideas in mind...


When I heard about Tempting the Best Man, I love the sound of it; romance with a bit of comedy and some heart-to-heart moments, what's not to love!


Madison may be small in stature but she is big on attitude, stubbornness and keeping her dignity in tact. Chase is a young, wealthy and handsome -as well as being a complete playboy- and he's sworn off relationships after seeing the consequences of his parent's marriage.


Tempting the Best Man is a nice, short novel, written simply but with enough complexities in the characters and plot to keep you entertained and wanting more. It is a book that I read in one sitting and was a nice way to spend an afternoon. The alternating view points give you a great idea of what's going on with one character while shrouding what the other character's motives might be with mystery. I can't wait for the sequels as I would love to read more about these characters, especially the other Gamble Brothers.


“I’ve seen you naked before, Maddie.”
Her mouth dropped open. “You have not seen me completely naked, thank you very much.”


His eyes glittered. “Actually, once before I have, when you were like five. You ran through the house buck-ass naked when you had chicken pox.”


“Oh, dear God, why do you remember these things?” She was going to drown herself, right here in the tub.”