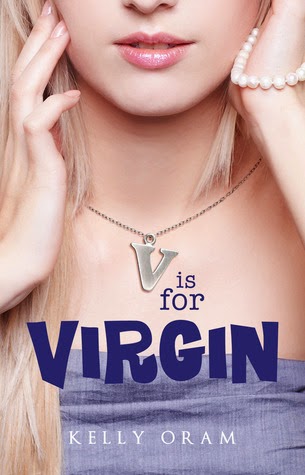 
When Val Jensen gets dumped for her decision to stay a virgin until marriage, the nasty breakup goes viral on YouTube, making her the latest internet sensation.

After days of ridicule from her peers, Val starts a school-wide campaign to rally support for her cause. She meant to make a statement, but she never dreamed the entire nation would get caught up in the controversy.

As if becoming nationally recognized as “Virgin Val” isn’t enough, Val’s already hectic life starts to spin wildly out of control when bad boy Kyle Hamilton, lead singer for the hit rock band Tralse, decides to take her abstinence as a personal challenge.

How can a girl stay true to herself when this year’s Sexiest Man Alive is doing everything in his power to win her over?

I've read up to 60% of the way through this story on my Kindle Cloud Reader, and sadly, I jut cant' bring myself to read anymore, I'm really just tired of this book and it's characters.

Valerie is determined, assertive and blunt, but she is also very short sighted, I felt.
She takes on the cause of letting teens know that not everyone is having sex and encourages abstinence - which is great, it's an awesome thing to read about.

However, she's very short-sighted in that she does everything because of what happened to her birth mother and she's so sure that she is never going to change her mind about the subject of not having sex before marriage, even though she has never been in a serious or loving relationship, she's never been put in a situation where her resolve is genuinely tested as it seems as though she tries to avoid such situations.

If her resolve had actually been tested she may still have decided to stay a virgin until marriage, but we don't get to see anything like that which I feel is a let down to the plot, as is the fact that she never thinks about any method, other than abstinence, of preventing teen pregnancy - like contraception, or being careful with your decisions. Val is extremely one-sided.

I will admit that the whole reason I wanted to read this book, the (pretty much) whole reason I picked up V Is For Virgin is because it sounded as if it had a really compelling romance - this is not the case.
Kyle was not very charming and was rather obnoxious and arrogant, I wanted to like him despite him not really being very sexy, nice or likable. His song was something I actually found to be disrespectful.

Cara started out witty and definitely wearing the best friend shoes, but Val became concerned with her cause and Cara got a boyfriend and... their friendship seemed to very quickly evaporate, with Cara seeming like the one to blame, being jealous of Val's new friends and being too concerned with her boyfriend.

This book started out strong (witty, audacious and funny), but quickly dwindled until I couldn't be bothered with the characters or the story, or any of it anymore, so I decided to not finish the book.
After deciding to DNF V Is For Virgin, I read a few spoilerific reviews to find out how the story ended, and from what I read, I'm glad I put this one down - it covers some great points but fails with the romance and doesn't cover more than one side of the issue.