Stalked By Death (Touch of Death #2) by Kelly Hashway 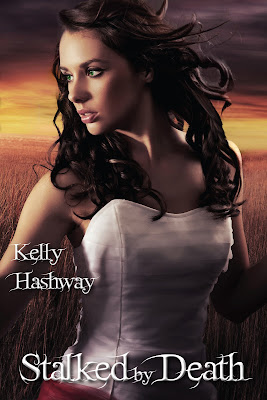 
Jodi knows that any slip-ups made by the Ophi--a special group of necromancers born under the 13th sign of the zodiac--will fall on her shoulders... and that Hades is just waiting for them to screw up so he can wipe out the Ophi line.

When the only Ophi Jodi can convince to come to the school and train with her is a gorgeous guy named Chase, it spells more than trouble for Jodi and Alex. Her mixed emotions for both guys send her powers surging out of control, and she begins raising the dead without even meaning to. Jodi doesn't want to lose Alex, but Chase is offering her something Alex can't. His very touch enhances her powers, making her stronger than any Ophi ever has been--maybe even powerful enough to stop Hades from threatening them all. But Chase's offering comes with a huge price. One that may cost Jodi everything she has. 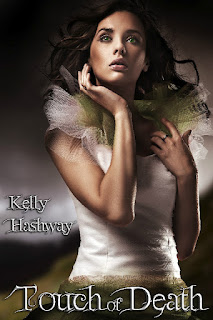 Book One: Touch of Death


Jodi Marshall isn’t sure how she went from normal teenager to walking disaster. One minute she’s in her junior year of high school, spending time with her amazing boyfriend and her best friend. The next she’s being stalked by some guy no one seems to know.