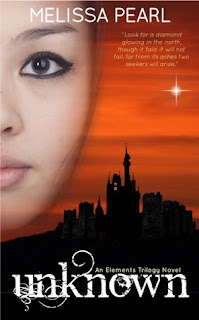 Darkness is covering the land. As the city of Mezrah grows with power and greed, the rest of the world can only stand by and wait for their inevitable destruction. The only hope against this growing power is an ancient prophecy that people have stopped believing in.


Then a star begins to fall.

Princess Kyla of Taramon stopped believing in the power of light the day her father died. Trapped in a city she does not care for, under the watchful glare of her mother, the queen, she struggles to accept her fate.

Then a star begins to fall.

Jethro has loved Kyla for as long as he can remember. Learning that she was to marry his cousin drove a wedge between him and the feisty princess. Watching her from a distance is a torture he is unable to free himself from.

Then a star begins to fall, sparking an ember of hope and sending two seekers on a treacherous journey into the unknown.

Before joining the blog tour for the Elements trilogy, I was in desperate need of a fantasy book to read and I was lucky enough to be accepted for this tour of this amazing trilogy!

Unknown begins with Mezrah seer Mordekai witnessing the falling of a star in the North. The star he believes to be the starting point of an ancient prophecy coming to fruition. The star is what will send two seekers on a journey into the unkown on a quest to get rid of darkness.

Princess Kyla is sixteen, betrothed, and feeling beyond repressed under the scrutiny of the mother, the queen. She wants adventure and excitement and freedom to do as she pleases. Jethro used to be Kyla's best friend, but that was before she was betrothed to his cousin, Athra. Now, he has to watch the girl he loves from afar, never allowing himself too close.

But everything changes when the star falls...

The character of Princess Kyla is feisty, mischievous and daring, but not without her insecurities and lack of faith. Kyla, in my opinion, starts to grow as the story progresses becoming much more than just a repressed princess. Jethro is so cute. He is constantly pushing aside his feeling an trying his best to do what is honourable. While Jethro is most definitely a fighter, he is also a joker.
Athra is a character who I found somewhat irritating, he is quite presumptuous, a little self-important, andhas little, or no, faith in anyone else's abilities.

Despite my slight dislike of Athra, Melissa Pearl writes superb characters that do leave an impression (wait until you meet Adamar).

With multiple viewpoints, which continually alternate throughout the story, you get an insight into the thoughts feelings and motives of various characters, which is a very intriguing thing.
The plot continually shapes itself into something new and surprising, making every upcoming twist something to look forward to.

So, what are you in store for with Unknown?
Sad moments? Yes.
Funny moments? Definitely.
Cute moments? Ahh, Jethro.
Kick-ass moments? You'll be surprised but definitely entertained!

This book drags you in and makes you want the sequels on hand so you can find out the outcomes for the character, though the ending is not a cliff-hanger, but rather feels more like the ending of an installment or an episode. The story starts out interestingly enough, and gets better from there on.


I rate Unknown Four out of Five! 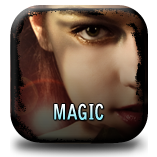 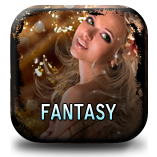 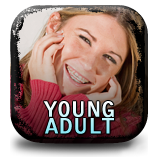 Here is some info on the trilogy and this blog tour:

Danger surrounds the Seekers. Having already faced overwhelming odds, Kyla and Jethro discover it is only the beginning. Now they must face the power of nature itself.

Each day is a test of faith.
Two elements remain undiscovered. The light is yet to be resurrected. Dark forces prepare to descend upon the heroes of prophecy and they have one more power they must over come...their forbidden love for each other.

Each moment is a test of loyalty and courage.
In Taramon, Athra faces his own demons as he frets over the safety of his fiancée while trying to counter a dark evil that is brought to his doorstep. Treachery lurks in the shadows, forcing the future king into an action that could destroy his beloved city.
Through it all, they must cling to the truths hidden in the unseen.
Want to Buy Unseen:
Amazon
Smashwords
Barnes and Noble

The prophecy has failed. As Athra lies in the dungeons of Taramon with his defeated army, this is all he can believe. His city has been torn apart. He has failed his people and all that awaits him is an agonising death.

But the light has been found.

Ashan and his dark army proceed in gloating triumph. Safeer heads to Mezrah with Taramon's women and children, while the rest of his men remain in the northern city, forcing their prisoners to tear it down stone by stone.

But two sparks have been ignited.

Kyla and Jethro learn of Taramon's demise and, with the children, formulate a plan to rescue their people and bring an end to the overpowering darkness. It will take all their strength and every ounce of faith they possess...

But a furious light is about to be unleashed.

Melissa Pearl was born in Auckland, New Zealand, but has spent much of her life abroad, living in countries such as Jordan, Cyprus and Pakistan... not to mention a nine month road trip around North America with her husband. "Best. Year. Ever!!" She now lives in China with her husband and two sons. She is a trained elementary teacher, but writing is her passion. Since becoming a full time mother she has had the opportunity to pursue this dream and her debut novel hit the internet in November 2011. Since then she has produced four more books and has a YA fantasy trilogy coming out this year. Unknown and Unseen (The Elements Trilogy) out now!
"I am passionate about writing. It stirs a fire in my soul that I never knew I had. I want to be the best writer I can possibly be and transport my readers into another world where they can laugh, cry and fall in love."

You can find the rest of the tour schedule here!
Tour organized by: AToMR Tours