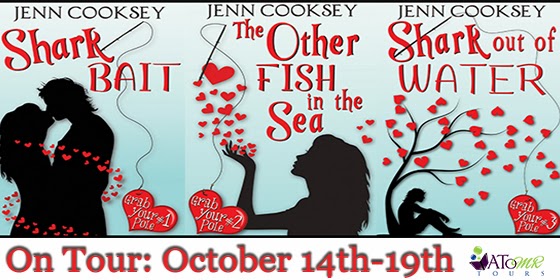 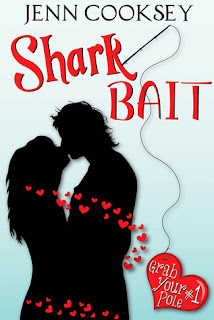 
Previously homeschooled Camie Ramsey is being shoved into the shark-infested waters of public high school, where even helium filled, penguin bespeckled arm floaties likely won’t help keep her inexperienced, fifteen-year old head above water in that rip current of hormones and emotions.

Camie’s worldly wisdom might be severely lacking (i.e., the closest she’s come to being kissed was sitting too close to the TV whilst Jake Ryan leaned in to give Samantha that fateful 16th birthday kiss), but she does understand her only hope for survival is if she’s thrown some kind of “social” life preserver before she sinks like a freaking rock. However, what will her fate be when she endeavors to flag down the only lifeguard on duty, the enormously popular and ridiculously beautiful Tristan Daniels? The most sought after and virtually most unattainable guy in school who not only makes Camie’s heart flatline on a recurring basis, he’s also the one guy who seemingly doesn’t know she exists.

Feeling like an inept piece of chum that could ultimately be swallowed by Jaws, can Camie get Tristan to rescue her from floundering in the treacherous deep, or is she destined to be Shark Bait?

This book definitely sounded cute when I decided to sign up for this blog tour, but now that I've read Shark Bait, I can honestly say that it is a most phenomenal read.
Now, you may be asking yourself if you should pick it up and give the story a chance...
My opinion is that there is no question about it - if you want a hilarious, sassy, romantic and slightly dramatic read, then pick this novel up immediately!

This novel surprised me from the very beginning...

Camie is almost sixteen and is starting high school for the very first time after being home-schooled her entire life. She's nervous and really wants to make friends. Navigating the social water of high school is a whole new experience, and there is a lot that Camie has to learn, especially when she set eyes on Tristan.
Tristan Daniels - sexy as hell and a completely new level of attainable, but Camie can't resist him, now all she needs is to get his attention - and hold it!
Will she succeed?

Camie is definitely sassy, she has a lot of attitude and very little patience, and maybe a slight temper too. Oh, and she has great taste in music :)
Tristan is drop dead gorgeous, complicated as hell, and more stubborn than a mule (still, a very cute mule) and very protective - you'll see!
Jillian is absolutely wicked, and I don't just mean awesome - she's an evil genius!
Kate is brilliant with her many incredible insights and friendly personality, while Jeff is a gorgeous clown.

The character dynamics are beyond genius, and very quickly you begin to really go for the characters and hope for certain outcomes.
There are some games, the forming of awesome friendships and brilliant alliances and the some definite errors in judgement. Readers are also able to look forward to plenty of movie and T.V. quotes, more than a few puns, and hilarious metaphors galore.

This novel will have you shaking with laughter, totally swooning 100% and almost wishing some of these characters were real! Pacey and addictive, this novel will catch you hook, line and sinker, there's absolutely no doubt about it.


I rate Shark Bait Five out of Five!!! 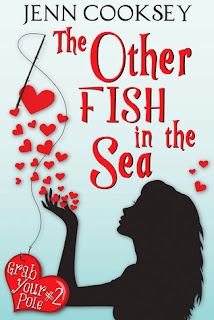 In Shark Bait, readers everywhere met and fell in love with the new girl, Camie Ramsey, and swooned over her sure to be future husband, Tristan Daniels. Now, in The Other Fish in the Sea, the long awaited second installment of the Grab Your Pole series by Jenn Cooksey, Camie and Tristan are back, but so are their friends!


So, find a breathing apparatus and shimmy into your scuba gear, because it's finally time to dive deeper into the lives of the GYP gang, but be warned, it's a big world out there and an even bigger ocean where danger might be lurking around the next corner and realistically, anything could happen.

These novels are so immersive, they drag you in and make you feel the feels ad want the best for the characters, and they definitely provoke a reaction in the reader - whether it is to feel shocked, or to burst out laughing.

And, just so you know, this review is actually really difficult to write because I am THAT desperate to get started on the next book!

In The Other Fish in the Sea, not too much time has passed since the events of Shark Bait.
Relationships between the characters are changing, some even intensifying and a lot is going to happen that will challenge them greatly.

Camie, despite knowing more than she did in Shark Bait, is still very naive and not all that aware of the consequences of some of the things she says and does.
Tristan seems to have settled into his new role well, though that's not to say everything is completely easy. Jillian (aka The Evil Genius, among other names) is more brilliant than ever, though also more mysterious. While Jeff (I absolutely love him!) and Kate (who is beyond awesome) are dealt their own set of cards...

This novel is the ultimate roller-coaster of emotions and events, every twist literally brings a new surprise. The Other Fish in the Sea isn't just told from Camie's point of view, it's told from a few others as well, though Camie still tells most of the story. I loved getting to know more about the rest of the group and everyone else's situations and feelings.

You aren't told which chapters are from which characters perspective, so stay alert and, like Jenn warns at the start of the novel, if you begin reading a new chapter and get confused, then it is probably from a different characters view-point. It is actually really fun deciphering all the clues and little mysteries throughout the novel (I was very pleased with myself for guessing correctly on some of the things going on).

I have to say that some chapters took me quite some time to actually get through because I was laughing so much at what was happening, although this book does have some more serious aspects to it. 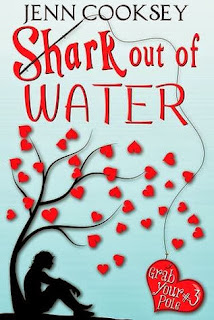 In Shark Out of Water, the highly anticipated third installment in this humorous yet honest and real coming of age story, we delve even further into the lives of the GYP gang and many questions are sure to be answered, however, are you really ready for what lies ahead in the continuation of their adventure?

Well, grab your pole and let’s find out.

After the absolutely, positively shocking ending to The Other Fish in the Sea, I hated sparing even a minute before delving head first into this novel...

This book is quite a lot more serious in aspects than the first two.

Told from multiple view-points - this story was surprising from the get-go, and continues to have a gripping story-line. It's also very much about not jumping to conclusions  without all the facts.

Once again in this series, Tristan is being beyond stubborn about something, while Camie continues to be slightly self-absorbed and selfish. Jeff's attitude will surprise readers (I think) and so will Kate's.
Jillian would have to one of my favourite characters of this series.

Shark Out of Water is much more fast paced than Shark Bait and The Other Fish in the Sea.

I really do encourage reader's who love contemporary romance to just give this series the attention it deserves and pick up the books as soon as their can - although this series is quite evocative in the emotional department.

Jenn Cooksey is a Southern California girl born and bred, however she's no longer a resident of heaven on earth, but instead she currently resides in the 7th Ring of Hell with her husband, their three daughters, and a goodly number of pets. Aside from her husband, one cat, and three out of five fish, everyone living under the Cooksey's roof is female. She's sure her husband will not only be awarded sainthood when he kicks the bucket, but that Jesus will welcome him into heaven with a beer and a congratulatory high-five. Jenn is also of the belief that Bacon should be capitalized and that just being yourself is the best way to go. That is, unless you can be Batman. Always be Batman.


Check out everyone else's stops on this tour by clicking: here!