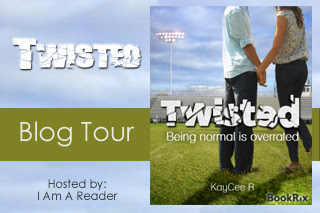 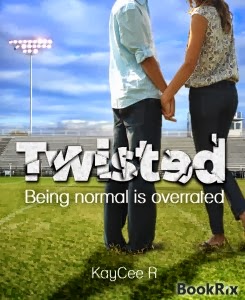 
Cayden Rivers wants nothing more than to be normal, but we don’t always get what we want. For years he has been hiding a secret, afraid of being labeled a “freak”. Every day he goes to school, plays football, spends time with his girlfriend, and helps carry his drunken adopted father to bed. Nobody knows the truth about his unnatural speed and strength, including his life-long friend Camilla.


Suddenly, four strangers enter Cayden’s life, and not only do they know his secret, they also have one of their own. With their help, Cayden discovers there is more to his power, something much more dangerous. Something other people will kill to possess.

Camilla wishes her parents were around more. She gets lonely sleeping in her big empty house night after night. Sure, she has all the money she could ever need, but the only person who is there for her is Cayden. He has his own family and a girlfriend who takes up most of his time, so Camilla knows he won’t be there for her forever, and recently he’s been acting really strange.

Will Cayden be able to keep his secret and his friendship with Camilla, or will his new found power destroy everything, including his own life?

Switching between Cayden and Camilla's point of view, Twisted will leave you aching for more.

The description of Twisted caught my attention straight away and meant that I absolutely HAD to read it!

Cayden and Cam (short for Camille) have been best friends are practically their entire lives.
Cayden is not an average guy, he has super speed and super strength, ever since he hit puberty. Not wanting to be labelled a "freak," he always kept his powers totally to himself, not telling his sister, his girlfriend, or even his best friend.

Cam is tired of being lonely - her parents are ever around - so when Cayden starts to become distant she becomes very concerned. The reason Cayden is acting is because he's learned that there's more to his powers while having met others with secrets of their own. He discovers that his powers are worth killing for, so are his new powers really a gift, or will they ruin everything and maybe even take his life?

Cayden is a good guy, he tries to look out for those he cares about while keeping his powers under wraps, he's a great characters and while some of his actions are funny, some of them are also quite sweet.
Camille is, mostly, perceptive, she's sweet but lonely and really just wants people to care about her. Her friendship with Cayden is absolutely gorgeous, their scenes together are some of my favourites. Though, I have to say that both Cayden and Cam can be a little dense at times.

There are other characters that are hilarious, cocky, some are crazy, and more than a couple are entirely lovable! The characters dynamics and relationships were incredible, although a couple of them did feel really quite shallow, the rest, however, were ones I simply couldn't get enough of. The plot is pacey and intriguing with unique revelations and some immensely awesome action.

An incredibly nice, short read that I read in one sitting, Twisted literally does eave you wanting more of these characters and I think it's almost a given that I'll be checking out the sequels!


I rate Twisted Four out of Five!!!