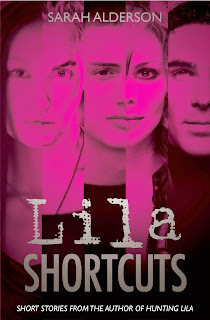 
Five compelling new short stories based in the world of HUNTING LILA.
Told from the perspectives of Alex, Jack, Demos, Amber and Suki - fans of this thrilling series now have a chance to delve into the minds of other characters, and see what they really think!

This set of short stories should not be read without first having read both books in the Lila series - otherwise some of the context will not be understood. Besides, it's no burden at all having to read Hunting Lila and Losing Lila, it's the best use you can find for several hours of your time. Trust me, I know from experience! 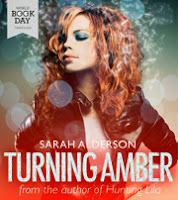 Turning Amber is set when Amber is seventeen. She sees auras and doesn't have many friends because of it. Life gets interesting when she meets a boy with a strange aura of his own. The short story on Amber is really interesting, I love how descriptive the way Amber sees auras is written. We also find out how Amber met Ryder, it's cute.

With plenty of humour and some charming dialogue on Ryder's part, this is a nice and insightful story. Turning Amber also introduces several characters and instances that Lila series readers will recognise.

Everybody is a liar.


Redeeming Demos is told as though Demos is telling someone a story, you'll learn who at the end. He describes his feelings for Melissa (Lila's mother) and his thoughts on love.
Demos's narrative picks up where Amber's finishes - with a prison break of a certain someone.

This story holds a more serious note and adds a few small details not previously known about Hunting Lila's back story.

I was collecting as many of us as I could find, that is people with exceptional skills, none as exceptional as mine, of course, but exceptional none the less

Catching Suki is set at the start of Hunting Lila and is told from the point-of-view of our favourite, fashionable mind-reader, Suki. I have previously reviewed Catching Suki - you can check out the review here!

“There they are. Lieutenant Jack Loveday and Lieutenant Alex Wakeman. I’ve only seen their photos so far and the pictures that are in Demos’s head, but the truth is Demos did not do them justice. In fact, Demos’s head needs a tune up or a reboot or an entirely new operating system altogether.”


Recruiting Jack is where we get to learn a little about Jack and Alex when they were in college, and how Jack feels about his and Alex's reunion with Lila. We also see how Jack feels about Alex's presence in his life.
Jack's attitude and perspective is funny, as is his protective older brother routine.


The Moment is told from Alex's point of view and tell how he felt being reunited with Lila after several years and just how much things have changed in that time.
Alex is loyal sexy and will go to any lengths for Jack and Lila.
I have read this story at least three or four times (so far) and I love the look inside Alex's head.


Overall, Lila Shortcuts is an amazing lot of short stories, enjoyable and insightful: written superbly and with a doubt exactly what Lila series readers want!