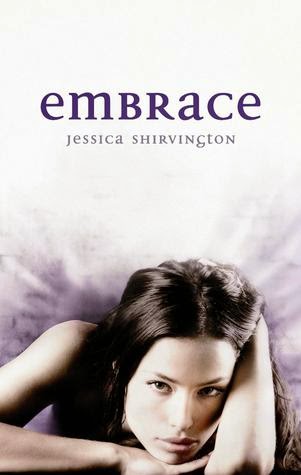 
It starts with a whisper: “It’s time for you to know who you are…”

Violet Eden dreads her seventeenth birthday. After all, it’s hard to get too excited about the day that marks the anniversary of your mother’s death. As if that wasn’t enough, disturbing dreams haunt her sleep and leave her with very real injuries. There’s a dark tattoo weaving its way up her arms that wasn’t there before.

Violet is determined to get some answers, but nothing could have prepared her for the truth. The guy she thought she could fall in love with has been keeping his identity a secret: he’s only half-human—oh, and same goes for her.

A centuries-old battle between fallen angels and the protectors of humanity has chosen its new warrior. It’s a fight Violet doesn’t want, but she lives her life by two rules: don’t run and don’t quit. When angels seek vengeance and humans are the warriors, you could do a lot worse than betting on Violet Eden…


Violet Eden is turning seventeen, and this birthday is going to turn out nothing like she thought as a surprising legacy is thrust upon her...

I thought this book would be really interesting when reading the blurb but after the first few chapters I thought it went down hill fast, the main character Violet was whiny, selfish and was constantly victimizing herself, she had double standards and I found she was really such a stupid character, it drove me crazy and I nearly put down this book so many times because of it - I actually wish that I had.

Lincoln didn't tell her a secret because he wasn't allowed and she was always blaming him for everything and never taking responsibility for herself, whereas Phoenix lied to her from the start, influenced her and took her control away which was the one thing she actually needed or so she said.

There weren't really any stand out characters or real morals in the story, and some of the circumstances really did not make sense, as in they were totally unrealistic, some of the writing was good, but the plot and the characters totally let it down.

I won't be reading anything else by this author.