"How far would you go for love?

Since losing her parents at 14, young prodigy Dr. Lydia Ashley has focused on one thing: an appointment on the Deep Water Research Command Endure. Now 21, she’s about to realize that dream, but nothing is how she imagined it would be. Her transitional sponsor forgets her, her new lab is in complete chaos, and, as if that weren’t enough, she’s about to discover something so horrific it could potentially destroy all life on the planet.

Daniel Brewer, a noted playboy and genius in his own right, may be exactly what she needs… Or he may make everything worse.

Has she finally found a puzzle she can’t solve?"

"Close your eyes," he said before opening the doors.
"What?"
"Just do it." He smiled reassuringly.
Lydia sighed and shut her eyes. Daniel pressed his thumb to the scanner and the large bay doors parted. At her back, he guided her forward by the shoulders until she was a few feet from the stairs. Then he stepped around her. He wanted to see her reaction.
"Okay, you can look."
Her dark eyes opened, then widened at the sight before her. "Can I go up?" she asked.
Daniel nodded. After seeing her panicked state earlier, he thought she could probably use a distraction. Lydia raced up the six steps to the edge of the tank. Three sleek, gray heads popped above the surface to greet her. Two others hung back, the meeker of the pod, waiting for the verdict from the more outgoing ones.
"This is Gracie, the mother hen of our resident dolphin pod. You can recognize her by the heart-shaped spot between her eyes."
Lydia's grin was a mile wide. "Hello, Gracie. Nice to meet you." She reached out and touched the nearest dolphin. It rose to meet her, answering her greeting with a click and a whistle.
"This is Dora, Gracie's oldest daughter. She has an indentation on the top of her dorsal fin due to a run in with a shark. We almost lost her that time. She's a bit too friendly for her own good."
"Fozi is the youngest of the pod, a male. He's smaller than the others, but twice as loud." Daniel stroked the top of the dolphin's melon as he swam by.
"Back there are Lucinda and Talulah, impossibly rare twin girls. In the case of dolphin twins, one of them is usually stillborn or dies soon after birth. Those two are fighters, and stick together like nothing I've seen, but they also shy away from strangers."
Lydia looked elated. "They're beautiful. I've been wanting to see them since I got here. I was starting to think they were avoiding me."
"Not at all," Daniel said. "At this time of year they spend more time out than in."
"I wish we had one of their tubes running through the lab," she said. "They'd be a welcome sight every now and again."
"I know what you mean. I'd love to have them in the Tech Center too." He laughed as Gracie nudged her way in for another one of Lydia's pats. "She likes you. They aren't always so welcoming."
"Have you been successful in teaching them hand signals?"
He nodded. "Absolutely. The twins were pretty stubborn about it, but even they know twenty or more different signs. Daniel made two pumping motions with his right index finger. As Lydia reached out to touch Dora, she was met with a light spray of water from her blowhole. Daniel couldn't help but laugh loudly as she gasped in shock.
"Very funny," she said, wiping saltwater off of her face.
Daniel tossed her a towel hanging from a rack on the wall. "Just wanted to prove a point." He winked.
"Mission accomplished," she said through the terrycloth. "Speaking of, didn't we come here for something?"
"Oh, right." Daniel removed the drive from his pocket. He hopped down the stairs and grabbed a stepladder. Placing it against the wall, he climbed up and stuck the drive inside a container on a high shelf.
"You don't think someone will find it there?" Lydia asked.
"Nah," he said, pushing the container to the back. "They only use this stuff once every other year for a SCUBA class. That happened last month so I think we're safe for awhile."
He mounted the stairs again and perched on the tank edge next to her. "How are you doing?"
"Better, thanks," she said, running her hand along Fozi's side. "I still have this sick feeling of violation, but it's getting better."
"Violation?"
She said nothing for a moment and was very quiet when she spoke again. "Since my family died, I haven't really felt comfortable anywhere. I've spent the last six years wanting nothing more than a place on the Endure. Coming here was like..." She stopped, swallowed, and began again. "Coming here was like coming home. To know that a place I care about so deeply, and my own lab at that, was abused for something so despicable... Yeah. Violation is the best word I can think of, but even that's an understatement."
Daniel reached out and laid a hand on her shoulder. He had been with the Endure since the beginning, but hadn't ever stopped to think if he considered this place as home. "Hey," he said, and she looked at him. "We'll get to the bottom of it. We'll fix it. Both of us."
She gave him a half-hearted smile. "I hope so, Daniel. I really do."

"Tech genius Daniel Brewer isn't the only one with a romantic history. Already weighed down with the impossible problem of the Maven Initiative's plans for world domination and disaster, Dr. Lydia Ashley is finding it more and more difficult to keep things in balance. With an old flame reappearing and the schemes of a vindictive new rival thrown into the mix, her hopes for a life with Daniel may be on the brink of annihilation.

When Lydia's past is brought to light, one big secret could destroy everything."


About the Author:
Starla Huchton released her first novel, The Dreamer's Thread, as a full cast podcast production beginning in August 2009. Her first foray went on to become a double-nominee and finalist for the 2010 Parsec Awards. Since her debut, Starla's voice has appeared in other podcasts including The Dunesteef Audio Fiction Magazine, The Drabblecast, and Erotica a la Carte. She is also a voice talent for Darkfire Productions, and narrates several of their projects, including The Emperor's Edge series, This Path We Share, and others. 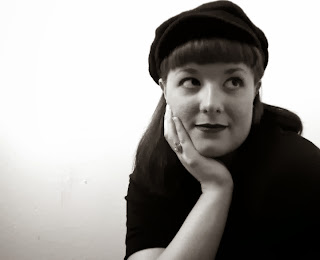 Her writing has appeared in the Erotica a la Carte podcast, an episode of the Tales from the Archives podcast (the companion to Tee Morris and Philippa Balantine's Ministry of Peculiar Occurrences series), which garnered her a second finalist badge from the 2012 Parsec Awards, and a short story for The Gearheart (earning her a third Parsec finalist badge). Her second novel, a Steampunk adventure entitled Master of Myth, was the first place winner in the Fantasy/Science Fiction category of The Sandy Writing Contest held annually by the Crested Butte Writers Conference. Maven was her third completed novel and the first in a planned series of four, being released under the name S. A. Huchton. Nemesis is the second in the Endure series.

After completing her degree in Graphic Arts, Starla opened up shop as a freelance graphic designer focusing on creating beautiful book covers for independent authors and publishers. She currently lives in Virginia where she trains her three Minions and military husband. 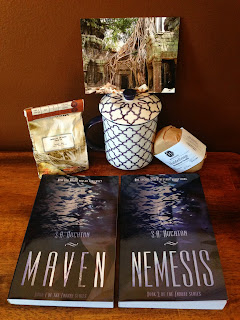