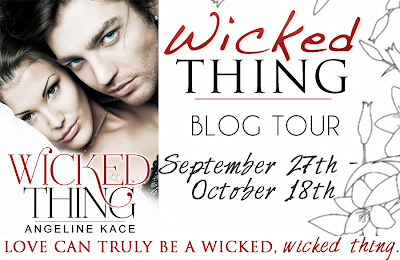 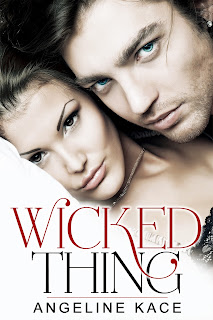 Carmyn Rafferty witnessed the aftermath of her mother's affair. She learned at a young age not to trust anyone. Especially not your spouse. So she's planned. She's planned every detail of her life: who her husband will be, what their careers will be, what their lives will be like. All to avoid the pain of infidelity.


Dallas Brown lives a life all his own. He doesn't do relationships, he doesn't care what anyone thinks of him, and he doesn't live up to anyone's expectations but his own.

When Carmyn's fiancé cheats on her, it sends her into a whirlwind of one-night stands with the most infamous player on campus. She can't seem to stay away from this tough guy and his dangerous motorcycle. Everything about him is the complete opposite of who she'd planned to fall in love with: tattoos, dark stubble along his jawline, and hair that brushes his shoulders.

As Dallas and Carmyn begin to fall deeper and deeper into each other, they learn that love can truly be a wicked, wicked thing.

Wicked Thing begins with a little insight into Dallas's past, before moving to present day.
Carmyn hates not knowing what will happen, she has to have everything all planned out, but her plans go up in smoke the second she catches her boyfriend cheating on her - a thing that hurts her more than anything because she had to deal with the aftermath of her mother's infidelty to her father when she was young.

As a way to get Carmyn's mind off of her ex, Carmyn's best friend Ava convinces her to let loose and just go with it for one night as they attend a party. Carmyn does exactly that, attracting the attention of campus bad boy/ notorious womanizer, Dallas Brown.
Dallas finds Carmyn to be beyond sexy and is determined to get her to want him. They end up having a one-night stand that begins something neither of them ever expected... but will they take a chance and accept it?

Dallas... oh my god, there aren't enough words to express how amazing he is, when it comes to him, all I can think is: I want one! And I want him now!
Dallas is tall, muscular and tattooed with slightly long honey-coloured hair. He is strong, sexy and utterly sweet - he is the most gorgeous guy (and happens to secretly be quite the romantic), plus he rides a motorcycle (plus, he also happens to be very talented).
Carmyn is really quite insecure, has various hang-up, though not without reason, and is more than slightly OCD, but she is smart, kind and cares about her friends, never wanting them to hurt.

Ava can only be described as a true best friend, she tries to cheer up Carmyn whenever she's upset, but also lets her know that she's acting silly. Ava is hilarious, she spurted out some of my favourite dialogue! The characters are very well written, I'll happily admit that Dallas and Ava were my favourite. I will say that I did find some of Carmyn's actions and decision quite annoying, but she does redeem herself and there are reasons to forgive most of her actions, the rest is character development. Dallas is the most surprising character! Anyone who picks up Wicked Thing will fall for him, I'm pretty sure it's inevitable.

The plot was interesting and all the different elements really surprised me.
This story is funny, sweet, sad, romantic and totally amazing! Some twists and turns in the story-line were ones that I easily saw coming, while others took me completely by surprise, but there is nothing I would change about this novel, especially not the ending.

The last few chapters really made this novel perfect... well, the last few chapters and all the Dirty Dancing references (Dirty Dancing is totally my weakness) which so had me swooning! I'm really excited for the spin-off novel that is centered around a character named Denton, whom you will meet in Wicked Thing. After finishing Wicked Thing, I am most definitely an Angeline Kace fan!


Ava's been trying to cheer me up all morning. She's probably getting sick of seeing me like this. "I know it hurts. But, girl, right now you need to see how much better you can do than Becker with a small pecker."
I crack and can't hold back the tiny smile. "He does have a small wiener."
"See? And you would’ve been stuck with that for the rest of your life! There are so many better guys out there. Guys who come packing."


I rate Wicked Thing Five out of Five! 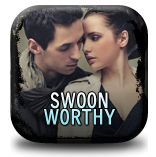 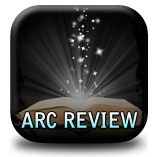 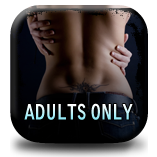 Angeline is a Scorpio living in the Rocky Mountains with her husband and dogs. She loves all things paranormal, believes ghosts are real, werewolves aren't, and vampires? Definitely real! At least in the Vampire Born world they are. She is currently at work on her first New Adult Romance, Wicked Thing, which releases September 2013.
Website
Facebook
Facebook Fan Page
Twitter
Goodreads

If you would like to check out the rest of this blog tour (which I highly recommend you do), you can find the other stops HERE!
GIVEAWAY:
One lucky winner will receive a WICKED THING charm bracelet with 6 charms. They will also receive a Dirty Dancing blu-ray and some candy. This contest is international.