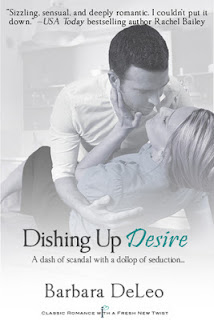 Summary from Goodreads:
Image consultant Blake Matthews is facing his toughest PR challenge yet: salvage the image of celebrity chef Kirin Hart. Once he does, he'll be able to acquire LA's most successful PR firm. But Kirin's no easy fix. She's stubborn about changing her comfortable homemaker image, and is being sued for sexual harassment by a junior staffer. She needs a PR lifeline fast. Only problem is Blake wants more than to make her over... Kirin doesn't need a makeover--her fans love her as she is. But she could lose everything if the sex scandal and reputation that has followed doesn't get quashed right away. Kirin agrees to let model-perfect Blake work his magic for two weeks, but things get complicated when she can't deny the way her body flares to life whenever he's near.

***Guest Post***
It’s so great to be here as part of the Hungry for Love book blitz!   I don’t know whether it’s my Irish genes, or the fact that I married a Greek winemaker who can cook a spinach and cheese pie like a God, but food is my life. Thinking about it, shopping for it, cooking it, consuming it – I had all those bases well and truly covered, but it wasn’t but until I wrote “Dishing up Desire”, my latest release that I got to combine my love of writing romance and food. In fact, celebrity chef Kirin Hart, my heroine in “Dishing up Desire”,  is a little like me in that she’s combined her passions into a job and lifestyle she loves.

The one BIG difference between Kirin and me is that I hardly seem to have time to cook anymore – four kids and a whole lot of books to read and write will do that to you – so I’m always looking for one pot recipes and never fail cakes.

One of my all time favorite recipes is my “No Bleepin’ Time to Bake a Cake Cake”. I make it at least once a month and people are always asking me for the recipe.  It’s lemony, it’s delicious and it looks and tastes like something you’d get in a fabulous restaurant. Best of all, everything gets thrown into a food processor so there’s nothing complicated and it comes out great every time. I like to think that all that time I save making things like this the more time I have for reading great books! 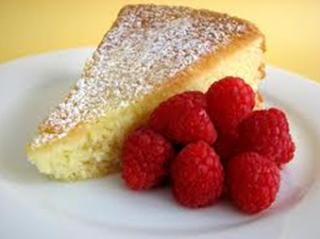 Setup: Here the book opens with Blake Matthews – drop dead gorgeous ex-model and now PR guru – looking for Kirin Hart, America’s “fallen angel” celebrity chef. Blake has some very fixed ideas about the woman whose image he’s come to overhaul, but when he sees her for the first time, cooking in her commercial kitchen, he’s taken aback by the woman he finds.

At the end of the corridor he stopped in an open doorway.
Behind a long stainless steel counter strewn with cooking paraphernalia, a woman had her back to him as she stirred something on an enormous industrial stove. He leaned a shoulder against the doorjamb, the low roar of overhead fans sucking away steam and allowing him to watch her unnoticed. He made the most of the sight.
A loose blond ponytail, falling from beneath a small black hat, rested between narrow shoulders. His gaze tracked lower to where the strings of a black chef’s apron fell down the back of a plain tan skirt hugging a perfectly rounded bottom. He took a step into the room but still she worked, backward and forward. Her movements were sexily hypnotic—stirring and shuffling implements, occasionally dusting a hand across the curve of her hip—oblivious to the fact he couldn’t pull his eyes away.
Still unaware of him, she leaned to the back of the stove, dipped a spoon into one of the pans, and steadying a hand beneath, lifted it to her face and blew. As she opened her mouth and slowly slid the spoon between dusky lips, the secret intimacy of it caused his stomach muscles to clench, and on reflex he cleared his throat. When she spun around, the spoon clattered to the floor, her moist mouth forming a perfect O.
“Can I help you?” She reached for a cloth to clean up the liquid splattered across the counter and all down her front. “You must be lost.”
He took a step into the room and slung a hand in his pocket. “Not lost. I was looking for you. Don’t stop what you’re doing, I was enjoying it.” He moved forward. “Blake—”
“How did you get in? This is a restricted area.” Her eyes flicked to her apron and back at him, the creamy skin at her jaw tightening as she furiously wiped away the mess.
“Through the door.” He tried a grin and pulled his hand back but she dropped her gaze.
“But I have security.” She frowned as her lips formed a line.
The chilly reception wasn’t surprising. Angela Jenkins, the original consultant on this job, had described Kirin Hart as defensive and difficult—and that was before Kirin had told her to get the hell out and never come back. “Might want to check on that security.” He stepped around a stack of cardboard cartons. “I told your doorman who I was and he let me come straight down.”
Finally, sparking caramel eyes focused on him and she stopped still. A mask slipped across the irritation she’d shown a moment ago and she gave a half-smile. “What can I do for you?”
He pulled up an industrial looking stool and sat. “If you’re not going to continue cooking, best turn the stoves off. This could take a while.”
She laid both hands on the counter and hooked him with a “give me orders if you dare” look as her chest rose then fell. “The expansion might’ve fallen through but I still need these new stoves.” The mask was edged with hard-assed determination and was even more of a turn on than watching her cook. Her tongue peeped out and she moistened her lips. “I’ll downsize the chillers, though, so you can take the large one in the next room. It was the last you sent.”
She began to remove the apron and her body was revealed. A cream blouse in soft fabric skimmed her breasts and sat lightly across a gently rounded stomach. It had a V-neck but must have had two dozen tiny pearl buttons all down the front and reminded him of a particularly sadistic Sunday school teacher he’d once had.
At her throat, a thin gold chain lay against her milky skin with the letter K in a flourishing script. “We won’t be needing the new office furniture you delivered last month either. You can take that back.” She waved a delicate hand and thin gold bracelets tinkled on her wrist. “I’m too busy to discuss this right now, though.” She turned back to the stove. “Make an appointment with my P.A. and she’ll coordinate with you. I’m sure you’ll find your way out.”
He raised an eyebrow, intrigued by her ball-breaking attitude and the fact they’d had an entire conversation without him saying a word. About the Author
Barbara DeLeo’s first book, co-written with her best friend, was a story about beauty queens in space. She was eleven, and the sole, handwritten copy was lost years ago, much to everyone’s relief. It’s some small miracle that she kept the faith and is now living her dream of writing sparkling contemporary romance with unforgettable characters.

After completing degrees in Psychology and English then travelling the world, Barbara married her winemaker hero and had two sets of twins.

She still loves telling stories about finding love in all the wrong places, with not a beauty queen or spaceship in sight.

Find Barbara and her books here: 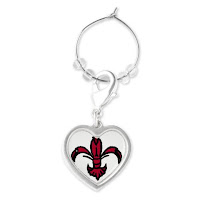 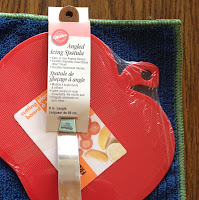