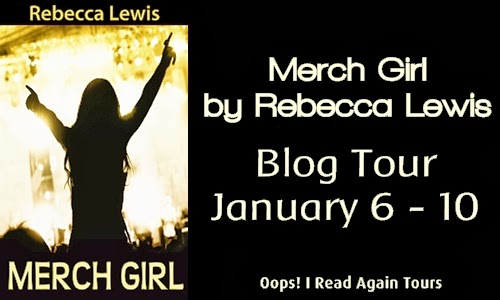 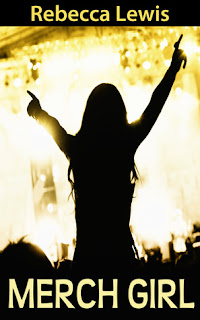 
Seventeen-year-old Lacey Kind doesn’t have the guts to talk to cute boys, isn’t a size two, and would rather stay home and listen to music than go to a party. But in the summer before her first year of college, she ends up thousands of miles away from home, in the back of a tour bus, underneath the half-naked body of the hottest teen rock star in the country.

When Lacey and her best friend Trina sneak into a Boston nightclub to see their favorite band, they not only get to watch their rock gods perform for the first time, but score a chance to meet the band too. Lacey’s heart races as she comes face-to-face with her idol, nineteen-year-old lead singer, Logan Shire.


The girls charm their way into being hired to sell merchandise on Lansdowne’s first summer tour. As “merch girls” Lacey and Trina quickly find themselves transported from their ordinary, suburban life to an exhilarating few months on the road. But they soon realize that life on the road isn’t always a smooth ride...

Reading the description for this novel I was almost drooling: sexy rockstars, yes please!

Lacey and her best friend Trina have no clue that sneaking into a club to see their favourite band is going to get them a one way ticket to having the most extraordinary summer of their lives.
Meeting the band is just the start, Lacey and Trina are offered jobs as the bands "Merch Girls," selling merchandise at every stop on the tour, saving money for college, and getting to spend time with the band, but things don't quite go smoothly as they quickly find out...

Lacey is a shy girl who has never had a boyfriend and is constantly under-minding and doubting herself, she is likable and easy enough to relate to. I found her negativity and tendency to put herself down to be a bit annoying, same with the way she could be quite judging of others, however, she grew up a lot and learned more as the story progressed. She came into her own and opened her eyes a lot, while getting over some of her hang-ups.

Trina was mostly likable, she played the part of the best friend amazingly and could be so easy to relate to, although she could also be slightly hypocritical and judgmental.
Logan is gorgeous, down to earth, and kind - definitely book boyfriend material!

I enjoyed this novel most in the second half, when Lacey had undergone some character development and when I got to witness more of Lacey's interactions with other characters, rather than simply being told what happened. The interractions between characters were realistic and sweet - there were several dramas throughout the novel that kept the plot moving and made me crave the sweeter moments all the more.

I loved the entire ending of this novel - Merch Girl conclusion was perfectly written in a realistic manner than will leave readers very happy indeed.


The banter in this story, along with the romance were my favourite aspect of this novel and kept me entertained and swooning - a thoroughly enjoyable read overall - Rebecca Lewis knows her stuff!


I rate Merch Girl Four out of Five!!!

About Rebecca Lewis:
Rebecca Lewis is the author of the Young Adult novel, Merch Girl, and a lover of all things music! She's been writing stories since middle school and penned her first fanfic about a semi-popular boyband in 1997. Her passion for music and writing brought her to Boston University, where she graduated with a Bachelor of Science from the College of Communication. During her college career, she interned for various record labels in Boston and New York City, sold merch for local bands, worked at record stores, and did a whole lot of grassroots marketing. She currently resides in Florida with her husband and puppy.