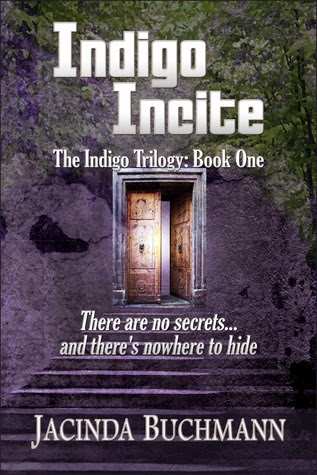 There are no secrets

Sixteen-year-old Tyler believed that his extra-sensory powers were a secret, but when his twin brother, Toby, is kidnapped by a covert government agency, he realizes that he has no secrets, and he has nowhere to hide.

Now, to save himself and rescue his brother, Tyler must call upon the help of four strangers. Unknown to each other, Eddie, Liliana, Grace, and Sarah share a common bond. They are Indigo Children. With extra-sensory powers of their own, they must unite with Tyler to maintain their freedom.

They’re on the run. They’re on a mission. Romance is a distraction that Tyler can’t afford. But sometimes, the heart has a mind of its own.

Time is running out

Will they find Toby before the agency finds them first? Find out in Indigo Incite, Book One of the Indigo Trilogy.

Indigo Incite begins by introducing us to twins Tyler and Toby - boys who possess extraordinary abilities. When Toby is kidnapped because of these abilities, Tyler must finds others who are about to be similarly targeted, and band together to find his brother.
However, they are surprises to be found along the way...

Each chapter is told from a different view point and really helps to introduce different characters in a way that let's us readers get to know them uniquely, before they are fully integrated into the story.

Each character is well-rounded and vastly differ from one another aside from their special talents. The interactions between Tyler and Toby are my favourite as their brotherly bond transgresses the page.
The banter between characters will have a smile crossing your lips more than once!

The writing of this story is simplistic, yet holds enough detail and intrigue to keep one reading. The abilities of the characters span a range of things, the travelling the characters undertook gave the story a certain charm, while wondering why Toby was taken and who were after them kept the story moving at a decent pace.

An interesting story that has been uniquely executed, Indigo Incite is both complex and simplistic at the same time, in a manner that works  well - a very enjoyable read!


I rate Indigo Incite Four out of Five!!!

Jacinda Buchmann lives in Arizona with her husband and three children. She graduated from Carroll College, in Helena, Montana, with a B.A. in elementary education and later received a Master’s degree from Northern Arizona University, in school counseling. After spending several years as a teacher and later a school counselor, she now spends her time writing, any free chance she can get, that is, when she’s not spending  time with her family or creating a new concoction in the kitchen.