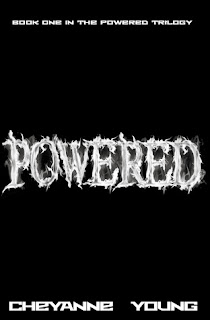 Maci Might's sixteenth birthday is supposed to be the day she's awarded Hero status. But thanks to a tiny anger problem and a questionable family tree, King City's elders think it's best if she doesn't join the Hero ranks.

Determined to change their minds, Maci will break whatever rule it takes to prove she's Hero material. As her hair darkens and her anger grows, everyone turns against her except Evan; a childhood friend turned scientist who may be able to unlock the secrets hidden in her DNA.


When a villain attacks King City and her dad is held prisoner, Maci discovers a truth she refuses to believe. She may not be a Hero after all—but this time the Heroes of King City need her more than she needs them. And she won't let them down.

Powered is the first in a trilogy.


The whole heroes and villains spin isn't on that I've ever read before, and I have to say: I loved the way this story was executed.

Maci has just turned sixteen, this means that she is getting tested to see whether or not she will be granted Hero status as is her life-long dream, things however do not go to plan.
Maci is temperamental and lacks impulse control - traits that aren't the most hero-like, couple hat with the fact that she's always been shrouded with others' suspicion and Maci has a lot to prove.

She is up for the challenge, and may end up being the only one who can save her community and her family when it comes down to facing off against villains and their devastatingplans that hit a little too close to home...

I wasn't sure if I really liked Maci's character at the beginning of Powered, she was brash, selfish and arrogant, whilst naive to what it really means to be a Hero, she feels entitled and acts in an incredibly bratty manner.

However I definitely became a fan of her character as the novel progressed, she learnt a lot, matured a bit and her behaviour evened out as she actually figured out what it truly means to be a Hero, even if she had a little help coming to her realisation.

Evan is good-looking, intelligent and innovative in his ideas, I loved the way his character challenged Maci to choose for herself to be better by being bluntly honest with her, without being nasty or alienating her the way mos others did.

The Heroes and Villains world is very, very well constructed, Cheyanne integrates Hero rules and morals into the story through Maci's narration and character dialogues, creating an intensely exciting world where things are said to be clear cut, but don't necessarily seem to be so.

The plot is fast paced with twists and clues along the way, giving information and tying it all together in a way that keeps the readers wondering what will happen next up until the very end, whilst leaving you satisfied with the answers you receive.

I really enjoyed this story and am looking forward to the next installment in the Powered trilogy!


I rate Powered Four and a Half out of Five!!! 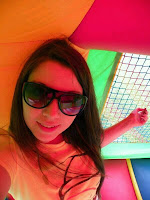 
Cheyanne Young is a native Texan with a fear of cold weather and a coffee addiction that probably needs an intervention. She loves books, sarcasm, nail polish and paid holidays. She lives near the beach with her daughter, one spoiled rotten puppy and a cat who is most likely plotting to take over the world.