Interview with Amber Skye Forbes - author of When Stars Die 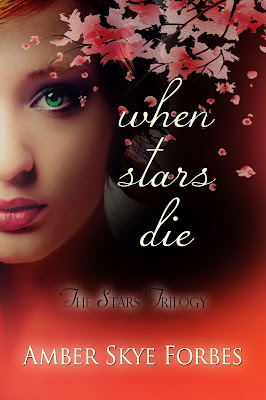 Amelia Gareth's brother is a witch and the only way to save her family from the taint in his blood is to become a professed nun at Cathedral Reims. However, in order to become professed, she must endure trials that all nuns must face.

Surviving these trials is not easy, especially for Amelia, who is being stalked by shadowy beings only she can see. They're searching for people they can physically touch, because only those they can touch can see them. Amelia soon learns why she is being stalked when she accidentally harms her best friend with fire during the third trial. Fire is a witch's signature. The shadows are after witches.

Now Amelia must decide what to do: should she continue on her path to profession knowing there is no redemption, or should she give up on her dream and turn away from Cathedral Reims in order to stop the shadows who plan to destroy everything she loves?

1. What inspired you to write When Stars Die?


However, I am not fond of prequels because we already know what happens to the characters that exist in prequels, so I don't believe prequels will ever be able to beat the books that follow it, and when I write a series, I want each book to be better than the previous book. So I changed everything entirely and decided to make When Stars Die the first book, creating a more complex character out of Amelia who is drastically different in The Stars Are Infinite than she was originally going to be. No longer is she some sort of assassin. In fact, she is a very broken individual in TSAI because of the things that happen in When Stars Die.


So, essentially, When Stars Die was inspired by TSAI.


Amelia starts out as this determined individual who wants to become a nun in order to save her family from the taint of witchcraft, but then she becomes indecisive when she removed from Cathedral Reims, as the Mother Superior believes she is not ready to endure what it takes to be a nun. Amelia moves back and forth between wanting to go back and fulfilling her father's wishes, which is to marry into a rich family able to provide for all her needs--because women were considered too weak to fend for themselves in the 19th century. Then as the end draws near, Amelia becomes a broken individual, who then has to pull herself together. She then becomes ruthless at the end and does what she knows must be done in order to save everything she loves. And in the last chapter, she is dramatically different from who she was in the beginning of the book.


3. What is a book you would recommend?
One book I could recommend is The Fault in Our Stars because it is not a typical cancer book where the sufferer with cancer is lauded as some sort of hero. TFiOS basically says that people with cancer are not heroes. They are simply teens with cancer who are trying to live their lives while dealing with such a serious illness. TFiOS also presents the realities of cancer that other cancer books don't focus on so much because they're too busy trying to make this character some happy-go-lucky person able to endure cancer and come out as a hero, representing all cancer patients, as though they should all be heroes and should be just as strong, when, really, cancer is an illness that can sap everything out of you.


4. Which character was your favourite to write?
Amelia was my favorite to write because of her indecisiveness and her very emotional outlook on the world. Some good reviews have stated that Amelia seems younger than her actual age, which is eighteen, but everyone is different. And, really, what is "acting your age?" Again, all individuals are different. I am twenty-three and still feel very much like Amelia because I am simply a sensitive individual. Sensitive individuals have a very different outlook on the world and tend to react more strongly to bad things that happen to them, even if it seems childish to people. I have bipolar disorder, and while I am stable, depression tends to "reduce me to a child," so to speak, because I need special help that non-sufferes my age don't need. But in spite of some reviews claiming she acts younger than her actual age, Amelia is doing a lot of things that many teens her age would never do or even experience. She does what needs to get done, and she does it in the way she thinks it needs to be done.


Also, readers need to consider that Amelia has lived in a very limited world, and thus, has very little life experience. She at first lived at home with her parents, venturing little outside her house, and then she lived in the convent, governed by strict rules that also prevented her from venturing into the outside world to gain a different perspective on the world.


5. Is there a specific place where you go to write?
I write in some of my classes, because some teachers seem to believe I'm taking notes. With one EDUC class, I don't even have to pay attention anymore because the final assignment is an essay, and I am very good with essays. Another class is geography, and if I were to pay attention to lecture in that class, I would stab out my eyeballs. Plus, the teacher puts all lecture slides online, gives out study guides, and the tests are based on those study guides, which can be easily answered by the lecture slides.


7. Describe your book in one sentence.
Amelia is being stalked by shadowy beings for her power of witchcraft, and she must do everything she can to evade these shadows, as they want her power for reasons that could destroy everything she loves.

8. How did you feel when your novel When Stars Die was published?
Originally I thought it was going to feel like any other day because it was already available for pre-order; however, people could buy it using Prime and get it two days later, so it was technically "out" already. But then the actual launch day came, and I was on cloud nine because a book blitz was going on, garnering large exposure for my book, my publisher sent out a press released that gained an insane amount of views, and I also had a book launch party I won from Lady Amber, and this was a three hour one where there was no lull in conversation or activities. When I checked by Goodread adds the next day, I discovered 84 people had added it that day, and the Goodread adds continues from being 10-20 per day, meaning people were really discovering my book, and that felt pretty good to me. I am still sort of on cloud nine because now that I am an author I feel like I have more of an excuse to do library and school visits. In fact, I have my first library visit in January, and a school visit some time in February. I also contacted a creative writing teacher who would love to have me, but she has to have administration approval first. If everything goes well, there is a possibility that I could be recommended to other schools.


Plus, the e-book will be being released in December, so, essentially, When Stars Die will be put back in the spotlight again, with book blitzes and another surprise that I can't mention. And I will make sure it stays in the spotlight by continuously doing reviews, seeking school visits, presentations, interviews on online radios (and perhaps local stations), and ect. I am a very creative person and know what to do to get my book out there.


9. What can readers expect in the future?
Readers can expect that The Stars Are Infinite will hopefully blow When Stars Die out of the water. I have been taking advice from some reviewers on what I can do to improve TSAI, and I am able to implement that advice without completely tearing TSAI apart. In fact, some of the advice really made me re-consider the ending, so I am giving that one a good tear. They can also hopefully expect a contemporary fantasy in the future as well, as well as the third book in The Stars Trilogy, A Collision of Stars. 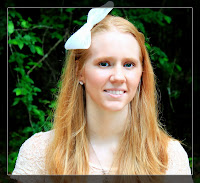