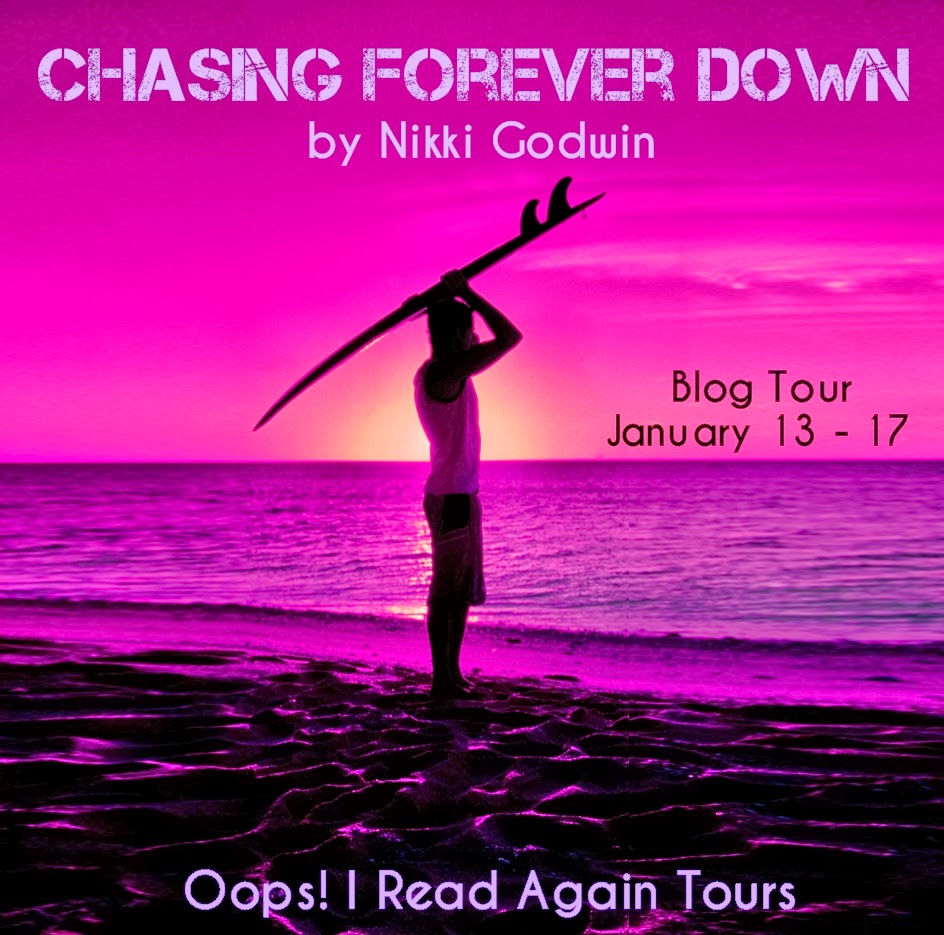 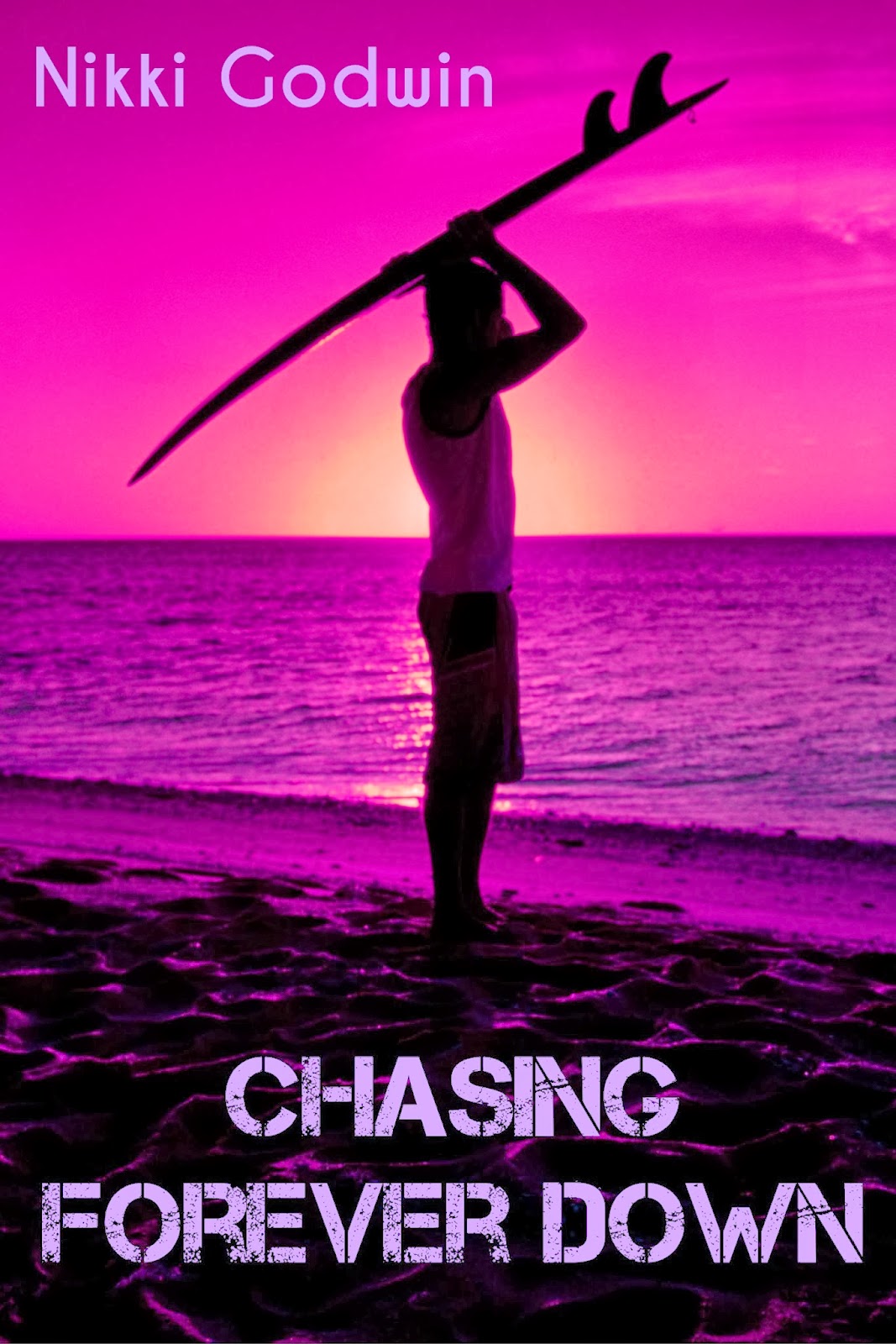 Date of Publication: March 14, 2013
Genre: contemporary YA romance with sports

After seventeen-year-old Haley Sullivan meets a mysterious stranger who plays by his own rules, she's more than determined to learn every trick of the trade from the master himself. But her dream-chasing mentor disappears after that night, and according to the local newspapers, he's been dead for years. Knowing he's very much alive, Haley enlists best friend Linzi to join her on a scavenger-hunt-style road trip that ultimately lands them in the surf town of Crescent Cove, California. Mystery guy is no mystery here, though – he's Colby Taylor, the west coast's biggest professional surfer.

If Haley wants to talk to the wave rider again, she'll have to get past his four intimidating bodyguards who are highly skilled in the business of sending starstruck fangirls back to where they belong. Haley is up for the challenge if it means chasing her dreams and escaping the perfectly corporate future that's been planned for her. But dealing with these bodyguards isn't exactly what Haley imagined it'd be. Sure, being thrown off a jet ski sucks, but falling in love with one of them might just be worse.

Here is my interview with the awesome Nikki Godwin:


1. What inspired you to write Chasing Forever Down?


CFD is a mixture of a lot of old book ideas that didn't pan out, but what really set the "dead surfer plot" into motion was an episode of the TV show Face Off. The episode was zombie-themed, and one of the makeup artists was planning to design a zombie surfer who had been bitten by a shark. It intrigued me because I'd never given surfers a second thought. No one really writes about surfers. There's no big surf movie franchise. It's not "a thing." So of course, I instantly wanted to make it MY thing and decided I'd someday write about "a dead surfer."


2. Which character was your favourite to write?


A.J. Gonzalez because he's a character who had been in my head for a very long time. He came across perfectly on the page. He was a lot of fun, had the best lines, and really showed the range and depth of a person. However, I also really enjoyed writing the Hooligans. Topher came to me as naturally as A.J. did, although he's much more charismatic than A.J. The funny thing with Topher (and the Hooligans) is that he was intended to be a "one scene character" but his personality was too big.


3. What is a book you would recommend?


Because this is a beachy book, I have to mention Twenty Boy Summer by Sarah Ockler. It's a traditionally published novel, but it's one of my top favorites. I think it'd appeal to anyone who liked CFD. Also, Solving for Ex by Leigh Ann Kopans is a great contemporary YA novel that releases in February, so I think all YA contemporary lovers should watch out for it!


4. What was the most difficult part of Chasing Forever Down to write?


The story itself wasn't actually difficult to write but finding time to write it was. I was working a day job at the time that required 11 hours of my day (including the commute), and I had an "after hours" phone for at least half the month every month (non-consecutively). It was physically, mentally, and emotionally draining, and that all took a toll on my writing. It took me a year to finish CFD, and had it been any other book, I'd have probably quit writing. Luckily this was the book that my heart wanted to write, so we made it happen.


5. Do you have any writing habits or quirks?


Almost all of my books are written in my bedroom, while sitting on my bed. I usually always have Mountain Dew on hand, and sometimes I burn candles. I have to have a detailed outline and chapter-by-chapter playlist before I can write. I can't wing it with a book. I need to know everything beforehand. The playlist is basically just for inspiration and getting me in the right mindset to write.


6. What can we look forward to seeing in the future from the Drenaline Surf gang?


Book 2, Rough Waters, is set for release later this spring. A few teasers: Someone from CFD leaves the cove, unexpectedly and without explanation. Someone nearly dies. Someone gets arrested. Drenaline Surf signs two new surfers. And there are some new romances!

Thank you so much to Nikki for answering my questions.
Her novel Chasing Forever Down is absolutely amazing, one of my absolute favourite Contemporary novels, so I strongly encourage you to read it if you haven't, and to reread it if you have :) 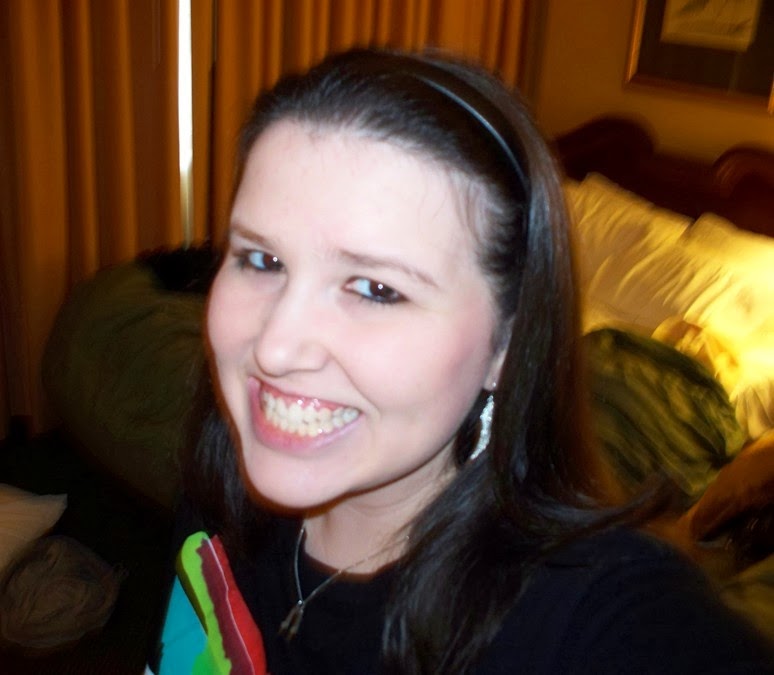 Nikki Godwin is a Young Adult/New Adult author from the southern USA. She is a city girl who can't live without Mountain Dew, black eyeliner, Hawthorne Heights, and candles from Bath & Body Works. When not writing, she's not-so-secretly internet-stalking her favorite bands. She may or may not completely love One Direction.
Blog: http://nikkigodwin.blogspot.com/
Twitter: https://twitter.com/NikGodwin
Facebook: https://www.facebook.com/NikkiGodwinWrites