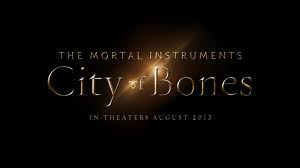 I literally JUST got back from seeing this, so I thought I might share my thoughts and feelings on this book-to-movie adaptation :)

It's sad to say, but I do slightly lower my expectations for book adaptations, why? I just rarely see movie based off of novels that I love that actually do the book justice, though I was pleasantly surprised by The Mortal Instruments: City of Bones. Like a lot of people, when the cast was first announced, I wasn't too sure about some of the actors and actresses picked (not because I doubted thier talent, just because I wasn't sure that ANYONE could pull off some of the characters), but while I do lower my expectations for this kind of thing, I still hoped it would turn out awesome so I figured that I'd wait for the movie and see how well the actors portrayed their characters. 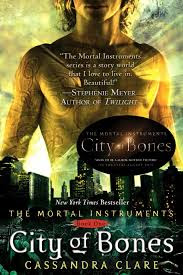 The acting WAS superb! As were the stunts! They managed to capture the horror of the demons, the emotions of the situations and just get the magic of the novel to really stand out beautifully. This movie did have violence and it made the movie better, truer to the story! Parts of the novels were left out of twisted so that situations happened slightly differently than what you read in the novel, but I actually didn't mind. They kept in the most important elements of the story, changing nothing major, just how different events were reached, the entire base-line of the story was kept true.

In City of Bones, Simon's character always kind of ticked me off, I'm not sure exactly why, that's just the way it's been, but Robert Sheehan portrayed him in a way that I LOVED! He was funny and gave and played him in a way that was so easy to empathise with. Jamie Campbell Bower DID do Jace justice, in my books! He played him in a way that was completely kick-ass but also slightly vulnerable with a very sarcastic shield, and he pulled off Jace's most sarcastic (and my favourite) lines from the novel! Lily was Clary to a tee, Isabelle both friendly and protective of her family (and, yes, totally kick-ass), and Godfrey was 100% Magnus, just as Kevin was absolutely the best Alec there could've been (I wanted to see more of him)! The casting was amazing, the whole movie was! 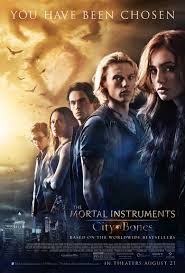 I am now dying for City of Ashes, so to tide myself over in the mean time, I think I might just go see the movie a few more time, like... say... on Saturday :)

I really do encourage everyone to go see this movie, it is epic and everything is explained so that even people who haven't read the novels are sure to understand everything that happens and absolutely enjoy themselves! Also, the better that Young Adult films do in the first few days they're in the cinemas, the more likely it is that more awesome YA novels will be picked up by producers and directors and studios, so we'll get to see more favourites on the big screen :)
Posted by Samantha Louise at 8/22/2013 09:30:00 pm