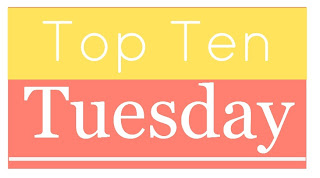 - “A Mexican guy named Sam pushes Gary Frankel next to Isabel. "This guy can break your arm with one snap, asshole. Get out of my sight before I sic him on you," Sam says.

Gary, who's wearing a coral shirt and white pants, growls to look tough. It doesn't work.”

- His approval fills my heart with warmth. I tuck my knees up to my chin and smile. "Love you," I say.
Metias smiles back at me. "Love you too. Keep at it Junebug - someday, you'll shake the Republic to its very core. You'll be absolutely unforgettable. I know it."

#7. Homer (Tomorrow, When the War Began by John Marsden)

- “Homer was becoming more surprising with every passing hour. It was getting hard to remember that this fast-thinking guy, who’d just spent fifteen min­utes getting us laughing and talking and feeling good again, wasn’t even trusted to hand out the books at school.”

- “Before I forget, here's your homework. Where do you want me to put it?"
She pointed at the trash can. "Right there would be fine.”

#5. Ben (On the Jellicoe Road by Melina Marchetta)

- “No chance. It'd be like cutting off our hands."
"Then learn to live without your hands."
"No, because then we won't be able to do this," Ben says, giving him the finger.”

- "He had watched as the imposter's Guard forced his father to his knees. He remembered how Trevanion's men bit their fists in rage and how it took ten of them to hold back Perri the Savage"

Trevanion was staring at Perri. 'You,' he said. 'If anything happens to me, protect my boy.'
'Trevanion,' August protested, 'I will protect Finnikin. He will always have a place in my home.'
'No,' Trevanion said firmly. 'You make sure my son gets whatever privilege allows the King's boy, Augie. The Son of Bartolina of the Rock deserves nothing less. But you,' he said, pointing to Perri, 'you make sure he is protected.'
'You have the wrong man,' Perri snapped
...
'Where's Trevanion?' one of them (a young man of Lumatere) asked later as the early light of morning began to seep under the door.
August of the Flatlands looked around. 'Probably at the grave. He'd sleep there if not for the child.'
One of the lads walked towards the baby's basket and pulled aside the blanket, only to find himself pinned to the wall with a dagger to his neck. He stared into the obsidian eyes of Perri the Savage, who snarled close to his ear, 'Touch him again and you lose a hand.'

- “the only way Bex would miss this would be if she were unconscious. And tied up. And in a concrete bunker. In Siberia.”

- “When you stand out there," John continues in a hoarse voice, "keep your chin up, all right? Don't let them get to you."
"I won't."
"Make them work for it. Punch someone if you have to." John gives me a sad, crooked smile. "You're a scary kid. So scare them. Okay? All the way until the end."

- Really, the combination of the scabs and the ointment looks hideous. I can't help enjoying his distress.
"Poor Finnick. Is this the first time in your life you haven't looked pretty?" I say.
"It must be. The sensation's completely new. How have you managed it all these years?" he asks.
"Just avoid mirrors. You'll forget about it," I say.
"Not if I keep looking at you," he says.”