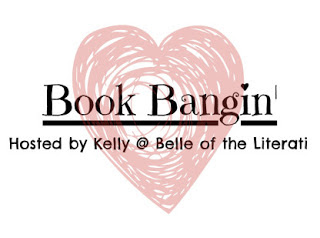 Book Bangin' is a feature hosted by Belle of the Literati where we talk all about our favourite book boyfriends. This months topic, to talk about book boyfriends, is DYSTOPIA!


We get to talk about our favourite book boyfriends from dystopia novels, I've read a decent amount of dystopia (at least, I think I might have), so I have an alright number of boys to pick from...

9. Perri (Under the Never Sky by Veronica Rossi)

10. Adam (Shatter Me by Tahereh Mafi)

Book Boy of the Month:
The Alexanders from The Alexanders series by M. Malone - one plays a guitar, another will go to crazy lengths to get the girl he loves, and another is a bodyguard, plus there's an honorary Alexander who happens to be a man in uniform - Jackson, Nick, Elliot, Matt: there is no choosing between them. - (Adult Series)

I haven't actually read many dystopia novel apart from The Hunger Games, so this month I'll just be doing my Book Boy of the Month

Book Boy of the Month:
Adrian from Bloodlines (#1 Bloodlines) by Richelle Mead - a seemingly careless playboy type who reveals that he is incredibly sensitive, sweet, kind and looks beyond the facade put on by others to see what their true emotions are. Many boys aren't this gorgeous either! He is not just my Book Boy of the Month but thus far, also my ultimate Book Boyfriend *swoon*
Posted by Samantha Louise at 8/31/2013 01:13:00 pm